Localized corrosion to carbon steel boiler tubes was the result of localized boiling and scouring of protective oxides on the tube wall.  Metallurgical and chemical analysis revealed no indication of stress-induced failure.  Rather, better monitoring and control of the firing rate, water circulation, and oxygen monitoring was recommended to reduce future corrosion occurrences.

Situation
ESi was requested to determine the cause of corrosion perforations that occurred to carbon steel tubes in a customer’s steam boiler.  The tubes were from a package boiler that had been in 24-hour a day service for approximately one year prior to the tube failures. The boiler was a fire tube design where hot combustion gases pass through the inside of the tubes to heat water circulated on the outside.  Perforations in the boiler tubes appeared to be from localized corrosion on the waterside of the tubes at the gas inlet end immediately adjacent to the tube sheet.

Nominal operating pressure of the boiler was 50 psig.  It supplied steam to an industrial process with partial loss requiring makeup water being regularly added to the feedwater.  A boiler water treatment system was in place including oxygen scavengers, dispersants, and scale inhibitors, but dissolved oxygen concentration was not monitored.

Solution
One of the failed boiler tubes was submitted to ESi’s laboratory for analysis.  The tube measured nominally 2.5 inches in diameter with a 0.10 inch wall thickness.  It exhibited a smooth deformation band around the end where it had been roll-expanded into the tube sheet.  Severe corrosion was evident to the outside of the tube immediately adjacent to the tube sheet interface that formed a crater at the top half of the tube circumference. The corroded area exhibited a mostly scale-free, pocked surface with a through-wall perforation at the bottom of the crater.

To evaluate the corrosivity of the boiler water, scale deposits were removed from the corroded area and chemically analyzed by energy dispersive spectroscopy (EDS). The scale consisted primarily of iron and oxygen, however no corrosive species such as chlorine (Cl) or sulfur (S) were detected in significant levels to explain the severity of corrosion.

Metallographic study was performed on a longitudinal cross section of the tube wall.  The microstructure was a normalized, plain carbon steel consistent with the boiler tube specifications.  It exhibited significant grain deformation where the tube had been expanded and cold worked into the tube sheet, however, the deformation did not extend to the corroded area of the tube wall, which was just outside the roll expanded region. This evidence found no correlation of the cold worked microstructure to indicate a stress-induced corrosion mechanism. Chemical analysis of the tube base metal found it to be consistent with the tube specifications.

Results
The severe, localized corrosion of the boiler tube wall indicated that the operating environment at that location was obviously different than the remaining portions of the tube.  Evidence of corrosion on the top, inlet end of the tube coincided with the highest temperature of the tube where the hot combustion gases enter.  The relatively scale-free surfaces in the corroded area of the tube was consistent with a scouring mechanism being at work.  The localized situation likely caused localized boiling along the tube surface, causing a scouring effect to the protective oxide films that normally develops, thereby promoting localized corrosion.  This situation would explain the observed localized corrosion at the same location on multiple tubes which are operating under the same conditions.

Cycling of the boiler to meet steam demand may have caused high heat input into the tubes and contributed to incidents of localized boiling.  Alternatively, poor circulation of water along the tube sheet was suspected of causing low flow or stagnant conditions that promoted corrosion.  A stagnant water condition was suggested by rust streaking from a smaller area of pitting on the submitted tube.

The reported water treatment program and the lack of corrosion to all other parts of the boiler and tubes indicated that water chemistry and oxygen concentration were being controlled, and were not a primary cause of the corrosion.   Stress-induced corrosion from the cold worked tube metal at the roll-expansion into the tube sheet also did not correlate to the pattern of corrosion. 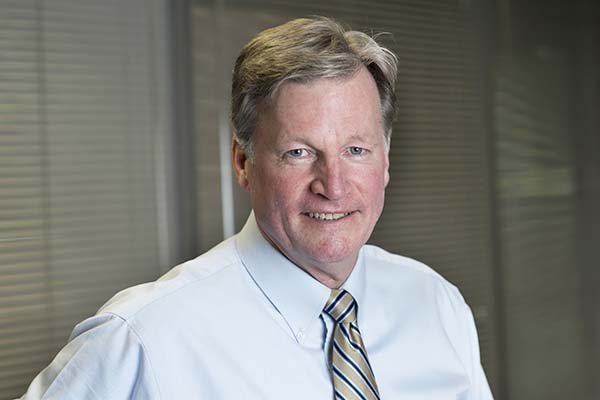