ESi conducted a “ladder-sequence” of multiple tests, instead of one test with a variety of variables, resulting in a systematic, repeatable method to demonstrate the BC401 bottle rocket was a viable ignition source of rooftop debris and rooﬁng material. The case settled in favor of ESi’s client, the insurer of the property.

Situation
On December 30, 2016, ESi was hired to determine the viability of a potential ignition source for a ﬁre that occurred on July 4, 2012 at a residence. Fire department and police personnel were dispatched to the scene, extinguished the ﬁre, and investigated the area, which included interviewing witnesses. Multiple neighbors identiﬁed the origin of the ﬁre to have been on the western side of the rooftop. Fireworks were heard earlier in the day by multiple neighbors and bottle rocket stick remains were found around the property. A neighbor came forward and informed the police that ﬁreworks were discharged that day from their property and provided an exemplar bottle rocket. A subsequent ﬁre origin and cause investigation was conducted by the property owner’s insurer. This investigation conﬁrmed the area of origin to be on the roof and eliminated all potential ignition sources within the attic and rooftop area except ﬁreworks.

ESi was tasked to determine if the speciﬁc ﬁrework provided to police oﬃcers matched the ﬁrework remains within the property, assess the characteristics of the ﬁrework including sale, make, trajectory, distance, and report (a report is another name for bang), and to ultimately determine the viability of the ﬁrework as a potential ignition source speciﬁc to the ﬁre scenario.

Solution
ESi conducted an initial background review of the ﬁle material provided which included ﬁre and police reports, witness statements, depositions, and photographs. Simultaneously, a three-dimensional (3D) laser scan of the residence, property and neighborhood was conducted to generate an accurate rendering of the incident area. Utilizing the data available, the goal was then to create a “ladder-sequence” of multiple tests to demonstrate whether the ﬁrework was a viable ignition source. This approach allowed each “step” in the testing to be evaluated independently.

The subject property and adjacent properties were scanned to determine distances and heights from the reported launch site. After completing the analysis of the 3D laser scan and determining the distance, angle, and trajectory of the neighbor’s property to the ﬁre origin property, ESi needed to secure exemplar bottle-rockets for ﬁeld and laboratory testing. The ﬁrework was identiﬁed as a Black Cat BC401, which is illegal is most States based on its small diameter size. The BC401 is a hand-rolled 50mg report-powdered bottle rocket with a red stick (stabilizer). Due to the illegality of small diameter ﬁreworks within the States, acquiring the ﬁrework was diﬃcult, but successful. Field testing was conducted on the exemplar ﬁreworks to determine length of travel from ignition to report (bang) at various launch angles. The data was compared to the 3D rendering to verify if the exemplars could travel from the neighbor’s property to the subject property and roof (it was).

After the ﬁeld testing on the ﬁrework was completed, an analysis of the rooftop condition was required. During the ﬁre origin and cause investigation, conducted by the insurer, rooftop debris and rooﬁng materials were collected as artifacts. ESi received the artifacts for laboratory testing. The exemplar ﬁreworks were then used to test for ignition viability of the rooftop artifacts.

Results
Due to the inherent variability of the BC401 ﬁrework’s manufacturing process, the ﬁrework ﬁeld testing resulted in a wide range of results. The testing veriﬁed that the BC401 had the ability to ﬂy at varying angles regardless of initial orientation and position, travel a range of over 300', travel over 75' before report, as well as exhibit signs of “sputtering” or to discharge visible sparks before the report or bang. Additionally, it was noted that some ﬁreworks “sputtered” without a report in addition to some ﬁreworks post-report exhibited ﬂaming combustion of paper wrapping debris.

The roof debris, including leaves and pine needles, and the cedar shake shingle rooﬁng materials were provided to ESi for analysis and testing. The post-report ignition of the BC401 paper wrapping was a critical data point related to the laboratory testing for the roof debris. The testing determined the burning paper wrapping was a suﬃcient heat source to ignite the pine needles and rooftop debris into a smoldering ﬁre. Next, the transition between a smoldering ﬁre of debris to the rooftop material had to be veriﬁed. The rooftop debris was tested and conﬁrmed as a suﬃcient heat source to ignite rooﬁng material. The debris was positioned on top of multiple cedar shake shingles and ignited to a smoldering ﬁre. The smoldering ﬁre ignited the shingles and over time continued ﬂame propagation.

The estimated time lapse of ﬁrework ignition, to ﬂight, to smoldering ignition of debris, and ﬂaming ignition of rooﬁng material was evaluated and computed. It was then compared to the statements and timeline of events on the date of loss. The testing and comparison demonstrated that the BC401 bottle rocket was a viable ignition source from ﬁrework discharge, to secondary unintended fuel package ignition, and ﬁnally to visible rooﬁng material ignition. 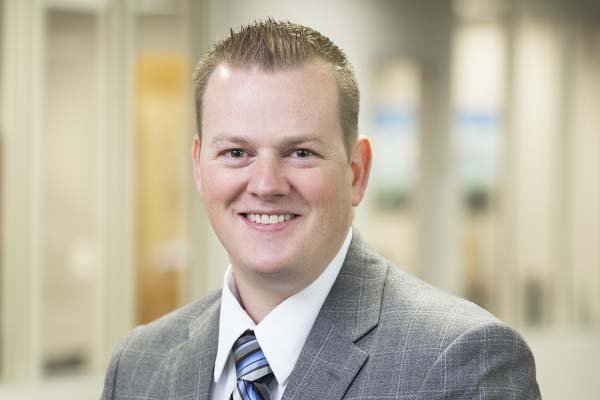