ESi has been performing field and physical testing of composite railroad ties to refine industry specifications on mechanical and thermal performance.

Situation
ESi was approached by Union Pacific to assist in developing new test methods to review the performance of polymer composite railroad ties. Polymer composite railroad ties are a relatively new endeavor for the rail industry. The hope is that by using polymers and possibly recycled material, a composite tie can be created that will perform in a manner consistent with conventional wood ties, while maintaining a competitive cost. Composite ties in theory would perform better and hold up longer in wet, high traffic environments which tend to prematurely degrade wood and concrete ties.

Existing composite ties have had an unpredictable lifecycle which leads to premature failure of groups of ties installed in the field. It has been observed that failures are not necessarily uniformly with one supplier but tend to spread across multiple suppliers or a certain installation location. It was suspected that the failure of the ties was occurring due to unusual environmental conditions, extraneous loading conditions, and inconsistencies within batches of ties.  Existing industry standards for composite ties have evolved from test methods which were largely developed for wood or concrete ties. The properties of polymer composite ties are such that existing tests may not be adequate to fully assess the performance and provide a proper specification.

Solution
Working closely with Union Pacific, ESi has tested a large volume of ties to existing AREMA specifications, to examine variance between individual suppliers, as well as the industry as whole. To better investigate the performance of the ties in the field, ESi has instrumented several ties with strain gages and thermocouples. The instrumented ties are connected to a weather station and a remote monitoring site. Strain data, as well as temperature and weather data, are streamed back from the data site via cellular modem. This allows for real time monitoring and analysis of the ties in track. It has been observed that a temperature differential occurs between the tops and bottoms of the ties, which creates a thermally induced bending strain on the ties. As the tops of the ties heat up, they expand, whereas the bottoms of the ties remain in the ballast, at a lower temperature. This creates a bending shape in the tie, similar to what a center bound tie would exhibit. On particularly hot days, with bright sun exposure, the bending stress can be quite high. It is believed that this thermal stress, in conjunction with any center binding can create a higher than usual stress in the tie, leading to premature failure.

Using the results from field testing, a temperature-controlled test chamber was built to thermally cycle the ties in a manner consistent with what is measured in the field. Simultaneously to thermally cycling the ties, they are repeatedly loaded in a center bound arrangement to simulate worst case loading conditions. This test is conducted for millions of cycles, in order to provide a real-world test to better quantify the expected life of the tie. ESi is performing additional testing to better characterize additional properties that drive the life of the tie.

Results
The resulting data, test methods and observations are being used to re-write internal specifications to be used when sourcing and selecting ties. With further refinement and study, it is intended that this information can be provided to the rail industry as a whole and improve composite tie quality and selection for all railroads. 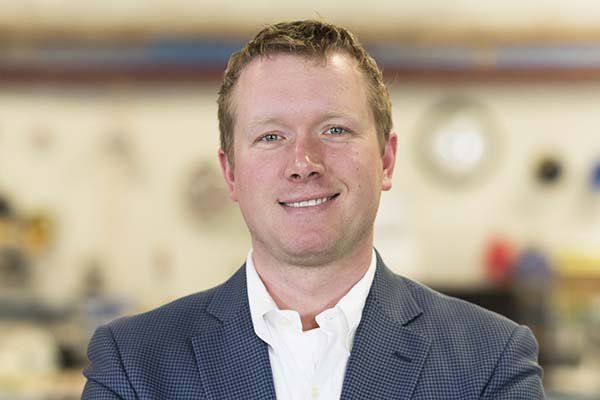